Our 3rd generation law firm, is a family tradition that you can trust!

The Manibog Law PC story begins over 100 years ago, with the courage of a young college student who dared to dream of pursuing a career in the law in a faraway land. In 1911, Gonzalo Manibog was a university student in the northern Philippine town of Laoag, struggling like many of his classmates to manage school and work. It was a time of uncertainty but also of opportunity in the Philippines, as the Spanish-American War had recently ended with the victorious Americans taking over control of the Philippines from the Spanish. Looking to strengthen cultural ties with its new protectorate, the United States extended invitations for Philippine students to attend university in the United States.

Gonzalo Manibog was one of the few adventurous students who accepted that invitation, and that same year, 1911, he traveled from the northern Philippine town of Laoag, half way around the world, to Indianapolis, Indiana to attend the University of Indianapolis. Six year later, in 1917, he received his law degree from the university, becoming the first Filipino to receive a law degree in the United States. Gonzalo moved to Hilo, Hawaii, where he opened his law practice, representing neighbors, friends and local families.

Gonzalo and his wife raised their family Hawaii, instilling in their children the same principles of service, commitment, integrity and perseverance which had guided Gonzalo on his long journey from a Philippine province to a successful career as an American attorney. One of his sons, Monty Manibog, followed in Gonzalo’s footsteps, graduating from Loyola Law School in 1961. Monty continued his father’s tradition of representing individuals and families in personal injury lawsuits and has enjoyed a distinguished 50+ year career in the law.

That legacy is sustained and honored at Manibog Law PC, which is led by Darren A. Manibog (Monty’s son and Gonzalo’s grandson) who graduated from the UC Berkeley School of Law in 1996. As a third-generation lawyer, Darren witnessed from an early age the impact that the law can have on people’s lives, and developed an abiding passion to carry on his grandfather’s and father’s commitment to helping others as attorneys and legal advocates.

At its core, Manibog Law PC is not just another law firm – it is a family business and an integrity-based law practice that places a premium on top-quality representation and client relationships.  Manibog Law PC views all of its clients, past and current as part of the Manibog Law PC family and valuable additions to its cherished legacy.

Gonzalo Manibog, the first generation Manibog lawyer, is believed to be one of the first if not the first Filipino to be admitted to practice law in the United States, having received Bachelors and Masters of Laws degrees from the University of Indianapolis in 1917. A highly educated man, Gonzalo also became a professor of history, law and Spanish at the University of Kansas before returning to the Philippines. In Manila, he met and married Adela Montilla. Gonzalo, Adela and their three children at the time moved to Hawaii where Gonzalo became a successful lawyer and businessman. With his legal education and background, he soon became a leader of the Filipino community in Hawaii. In addition to running his own law practice, Gonzalo also founded the Philippine Legal Aid Bureau which provided legal aid to Filipino immigrant farm workers. He also published the “Tulong” magazine in the Ilocano dialect, the language of the majority of the Filipino workers in Hawaii at the time. During World War II, Gonzalo led community war bond efforts, rallying the local Hawaiian Filipino community to contribute generously to the war effort. His achievements were recognized by the Honolulu Star Bulletin when he became the first Filipino named to the newspaper’s prestigious Men of Hawaii list. In 1948, Gonzalo returned to the Philippines, this time with his wife and seven children, intent on bringing change and progress to his homeland.

In 1961, Gonzalo’s son, G. Monty Manibog, became the second generation Manibog lawyer and also one of the very first Filipino Americans to pass the California Bar exam in Southern California. With undergraduate studies at the University of the Philippines, Monty graduated from Loyola University School of Law in Los Angeles with a Juris Doctor degree, after a stint in the U.S. Army’s Psychological Welfare Section in Japan during the Korean War era. His first clients were largely Filipino laborers from the California farms who often paid his fees in tomatoes, grapes, artichokes and other farm products. “I couldn’t quibble about the manner of payment from our old timers who came to me for help, as the only one of their kind they felt comfortable with,” remarked Monty. His practice, of course, has grown over 44 years, representing all segments of society. Through the years, Monty Manibog’s practice has grown and prospered, evolving into a sophisticated law practice encompassing personal injury, business and civil litigation law and immigration law. His commitment to the community has remained a core value and, in his view, a key ingredient to the firm’s success. In that time, he also found time to become the first Filipino American to be elected to public office in Southern California, having served as councilman and Mayor of the City of Monterey Park for 12 years, (1976-1988).

In 1996, Darren A. Manibog, Monty’s son, graduated from U.C. Berkeley’s Boalt Hall School of Law, becoming the third generation Manibog to join the legal profession. Darren is an award-winning personal injury trial lawyer. His experience ranges from catastrophic, traumatic brain and spinal injury cases to automobile and motorcycle accident cases. Darren has extensive experience settling cases as well as arbitrating and arguing cases in front of juries. In 2004, Darren formed Manibog Law, PC, focusing exclusively on representing personal injury victims. Darren also inherited his father’s and grandfather’s legacy of community service, having served as President of the Philippine American Bar Association in 2003 and also as a Board member of the Asian Pacific American Bar Association.

“It’s not just about getting you money, it’s also about protecting your dignity and your good name.”

Get the Lawyer Who’s Not Afraid to Fight for You

Darren Manibog Cares About His Clients.

A testimonial by one of our personal injury clients 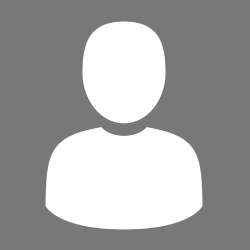 I just want to take a moment and say thanks to Manibog Law Firm. I really appreciated their help over a slip and fall accident. They made sure that I’ll get the best of everything: treatment, doctors, etc. They made it as smooth as possible, so I don’t have to worry about anything, just making my appointments. I highly recommend them to everybody because I know that they’ll run the extra mile and get the best result that is possible. Thanks again!!!

Get directions on the map →