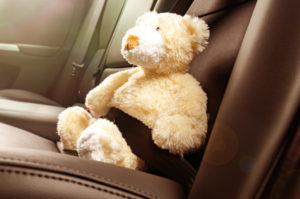 In recent newsout of Fresno, California, an 18 year old drunken driver, Obdulia Sanchez, lost control of her vehicle while livestreaming herself dancing and singing to music. The resulting crash killed her 14 year old sister, who was not wearing a seatbelt at the time. In a disturbing twist, the allegedly intoxicated driver continued to record herself and her sibling’s body, saying she didn’t mean to kill her and “this was the last thing I wanted to  happen.”

Ms. Sanchez now faces charges of drunk driving and vehicular manslaughter. Her father, interviewed by KSFN, says, “What I think is she knows she’s done something wrong….she feels bad for herself, but she killed her own sister.”

Clearly, it’s an awful story, and perhaps a lurid one. But what are the take home messages for the rest of us in this tragedy?

According to the CDC, seat belts reduce the risk of death in a car accident by 45%, and the risk of serious injury by 50%. The CDC reports that people NOT wearing a seat belt are 30 times more likely to be ejected from a vehicle during a crash.

Experts at automotive resource service Edmunds explain that “by using the center or right lanes, you have more escape routes should a problem suddenly arise that requires you to quickly change lanes or pull onto the shoulder.”

Ever notice how many drivers around you are on the phone?  The numbers are terrifying. In fact data collected by the NHTSA reveals that over 3,477 lives were lost in 2015 from drivers talking, texting, eating, or reading instead of paying attention to the view behind the wheel. If you see a car swerving, driving slow, or too fast, avoid them. Slow down, speed up, or switch lanes. Do whatever you have to do to steer clear.

And it goes without saying, but it’s worth saying anyway: don’t text and drive. The NHTSA also reports that 391,000 people were injured in 2015 from distracted drivers. With more than 660,000 estimated drivers using a cell phone while on the road during daylight hours, the risks are real. Factor in drugs and alcohol, and your drive to the supermarket (or your teen’s drive home from work) is an undertaking worth taking seriously. Put the phone down, and insist others in your family do the same when they take the keys.

Avoid drunk-driving, and stay aware while on the road.

Did you know on average 28 people a day are killed by DUI accidents in the United States? That’s 28 people too many. Don’t take the chance. And if you see someone on the road who displays signs of intoxication, alert the police or highway patrol as soon as possible. Weaving, making wide turns, almost hitting another vehicle or object, or turning abruptly are all indications that someone might be impaired.

Here at Manibog Law, we care about your safety and well being. It’s why we do what we do. Part of that mission is helping people take the steps necessary to avoid accidents whenever possible.Wherever you’re going, nothing is worth taking a chance with your life and health. Take a moment to reflect on safety….and educate your family members to do the same, every time they get behind the wheel.

Life is precious. Stay safe out there.

Have you or a loved one been in an auto accident? Don’t go it alone. Call Manibog Law today for your FREE consultation. We look forward to speaking with you. 1(626)577-5444.

Billionaire Has to Be Removed from Courtroom During Sexual Harassment Case

Thank you Angela for the review! Gilda does have a heart of gold!

Get directions on the map →